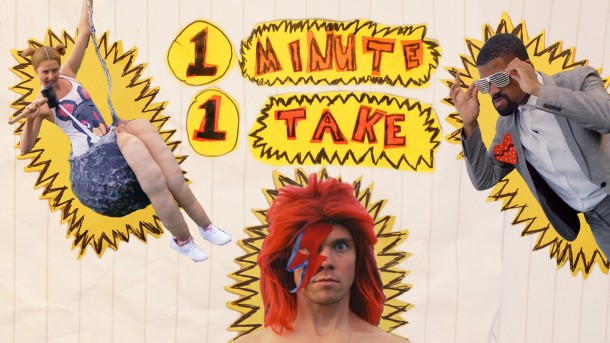 Pop Stars in One Minute, in One Take

Notes: A series of videos based on my earlier “One Minute, One Take” films (see here), summarising the lives and careers so far of David Bowie, Miley Cyrus and Kanye West.

Originally released by Vice Noisey within Germany, re-released worldwide on my own channel with permission.

Featured on the Onion’s AV Club and played at Kittencamp.